The history of the Mexican opera, as well as the work on the archeological sites, is fascinating because every day you may find something new. For example, last May 26 I went to see Reynaldo y Elina o la Sacerdotisa Peruana (Reynaldo and Elina or the Peruvian priestess) by Manuel Covarrubias and libretto by Gabino Feliciano Bustamante. It was a production of the Taller de Ópera of the Faculty of Music and the Estanislao Mejía Symphony Orchestra; both from the National Autonomous University of México (UNAM) and it took place at the Miguel Covarrubias Hall in Mexico City with two performances on May 26 and 27. How was it? How does Covarrubias’ music sound like? How was the libretto? I will try to answer some of these questions, which I even had before this performance.

Jesús Romero in his History of the Opera in Yucatán mentions some composers as the key characters in the development of the Mexican opera: Lauro Rossi, Antonio Barilli, and Giovanni Bottesini. From all these composers just Rossi worked in México before or during the period of composition of Reynaldo; the programme mentions 1838 as the date of composition. Romero points out that Rossi arrived in México in 1838, but Sosa and Escobedo affirm that Rossi worked in México since 1836. Was Rossi the only influence? No, because we need to recall that the companies of Manuel García and Filippo Galli visited México; the first one in the 1820s and the second one in 1830s. Manuel García even premiered some of his works in México. Then, an exploration of the musical panorama allows us to discover a list of operas performed before Reynaldo, works composed by Gioachino Rossini (the most), Vicenzo Bellini, Rossi, Stefano Cristiani, Saverio Mercadante, Gaetano Donizetti, Carlo Coccia, and even Giacomo Meyerbeer who all influenced Covarrubias’ brand-new work. If I would need to mention the main influences, my vote would go to Rossini, we find cabaletta, arias, and a frequent use of the crescendo since the overture. I also consider that the premieres in México of Guillaume Tell (Rossini) in 1836 and Il Crocciato in Egitto (Meyerbeer) in 1837 influenced the work of Covarrubias, particularly when we consider the importance of the chorus and their use at the big finales of each act. Thus, Reynaldo’s music may stand somewhere between the bel canto and the trends that will develop into the Grand Opéra; the plot also confirms this but I will talk later about it. Moreover, something very interesting and very close to the early Rossini is the selection of voices, because the main couple is sung by a soprano (Elina) and a mezzosoprano in a trouser roles (Reynaldo). This distribution can be seen in Tancredi or Ciro in Babilonia, even with Meyerbeer’s Crociato. Although the music is interesting, it sometimes it is repetitive and it can be tiring at some moments.

I have talked about the work and its composer but I have not mentioned the problems behind this composition. A note in the program, written by Elías Morales Cariño, whose Master dissertation analyzes this opera, says that this title was not premiered in the 19th Century, and even the current performance was advertised as a world-premiere. But, Gabriel Pareyon in his Dictionary of Mexican music points out that this title had an amateur performance, which carried out the premier in 1842, even opera critic Lázaro Azar highlights this premiere at his comments on this performance of the radio show Críticos. Then, there is a point of discrepancy which requires for better information and research, in order to place this opera and particularly this performance at its real place in the history of the Mexican opera. However, Morales and Pareyón agree that this is the oldest Mexican opera that exists in the archives. The composer, Manuel Covarrubias (1810-1879), is interesting because there are few data about his life and work. Scholars know that he was composer and violinist and that some of his works (arrangement of famous overtures) were even played at the opening of the Teatro Nacional in 1844. Then, it seems that he was a renowned composer of his time and that he worked close to the opera companies that visited the country in those years.

The libretto was written by Gabino Feliciano Bustamante (1816-1871) and has as its main source Reynaldo y Elina and El Marido Mimado which was a translation made by Mariano de Cabrerizo y Bascuas, although not specified as such, of Théodore, ou Les Peruviens written by Pigault-Lebrun and of Excès de provennces by Jean-Nicolas Bouilly.  The opera has three acts and takes place in Perú at the beginning of 18th Century. It tells the love story of Elina, an Incan priestess, and Reynaldo, a French man who is escaping from Spanish army. He finds the priestess in the sacred forest of Cayambur and she helps him to hide. Villuma, the main priest, discovers that Elina is hiding a foreigner, then he orders to kill Elina and her mother, but then Reynaldo appears to save them. Elina and Reynaldo are captured. The second act shows Elina and Reynaldo in prison, Cora and Meloe (another fellow priestess) helped them to escape. Then, Villuma is upset but he also discovers that the Spanish army is approaching to the sacred forest, so he needs to prepare for the battle. The final act shows the return of Reynaldo with Elina. Reynaldo tells Villuma that he will help to fight against the Spanish. The third act opens with Madame Berval, a character with no clear connections to the other characters; even the program suggests she appears to create a sort of pasticcio of the work. Whatever Berval’s character means, she sings about the triumph of the Incas and the triumph of love, so the aria tells the forthcoming story. The act continues with the joy of the people for the triumph and Villuma telling Reynaldo that he can get whatever he wants. Reynaldo ask just for Elina, to marry her. Villuma agrees and the opera finishes in big choruses of joy for the new couple, and the peace won in battle. The story in principle is interesting and as a good Grand Opera narrates the big political conflicts and public participation (think in Guillaume Tell, La Muette de Portici, La Juive, and others). Despite the plot sounds good, the development of the libretto is not because many dramatic moments don’t develop as they could. Nevertheless, the scene for the chorus is interesting and touching, particularly with the music of Covarrubias.

It is a very important work in the history of Mexican opera, which help to trace influences that have led the genre in this country as it can be seen today. Despite the arguable impact it has in its time, particularly because specialists do not decide whether the premiere took place or not, its libretto, its sources, and its form of composition might be the needed pivotal point that encouraged Cenobio Paniagua, Melesio Morales, Aniceto Ortega and many others. The performance itself could be better, but I really enjoyed Maria Jacinta Barbachano (Reynaldo). María had good performance and adequate work on stage with good volume and technique. Her work from the first act as a prisoner to her triumphal final appearance was fine and not overacted. The stage work could be better, particularly for an unknown work that needs to produce the big impact on the audience.

Despite all, listening to a rare work is always enjoyable. But, as for this work that might be crucial in the understanding of the opera-making in México in early 19th Century, it definitely deserves a deep study on its history of composition and production, as well as a production that can produce a deep impact in a full house. I will wait for further productions that will explore the richness and uniqueness of this score and for many publications that will contribute to the deep understanding of Covarrubias’ appeal. 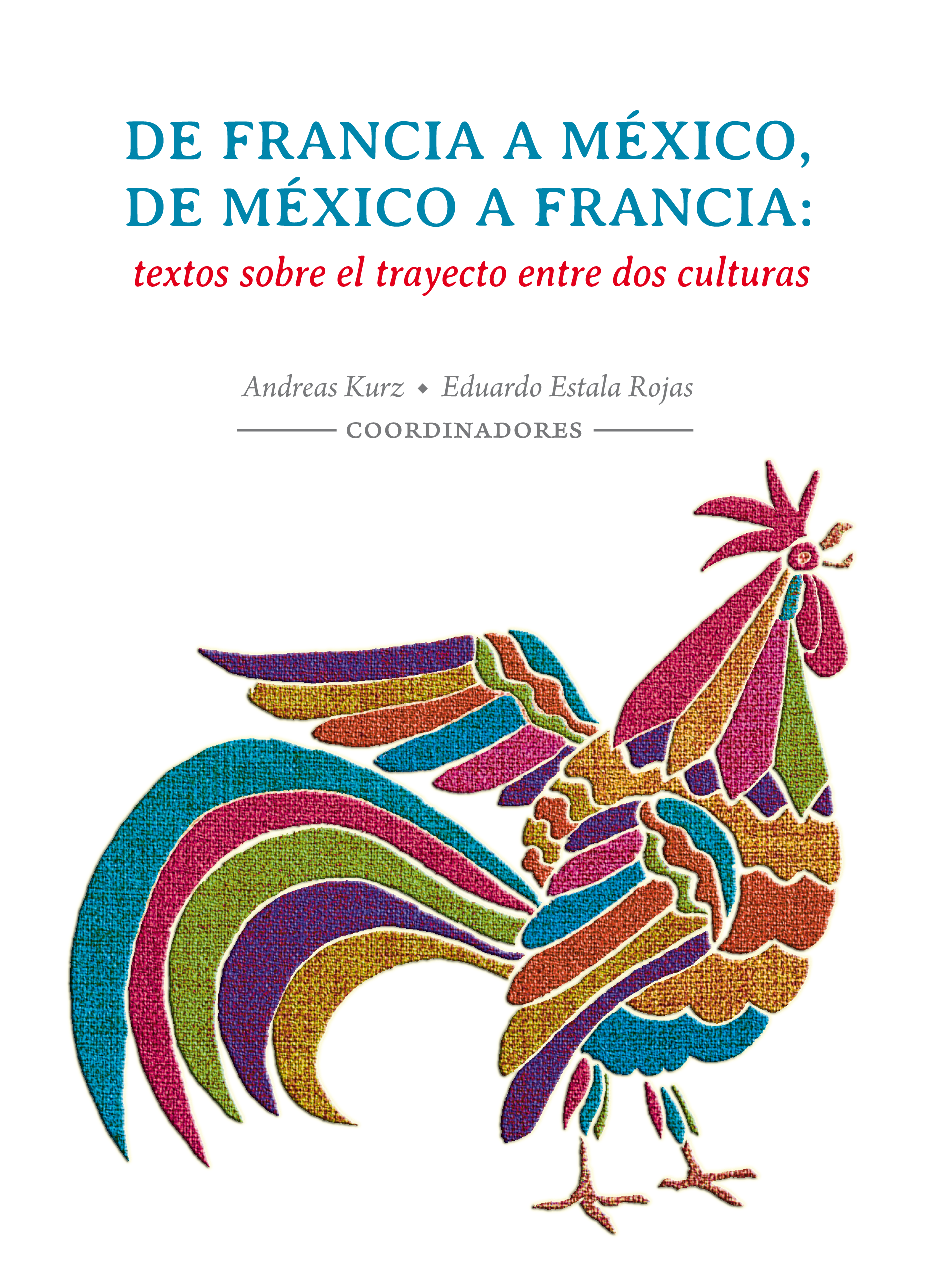